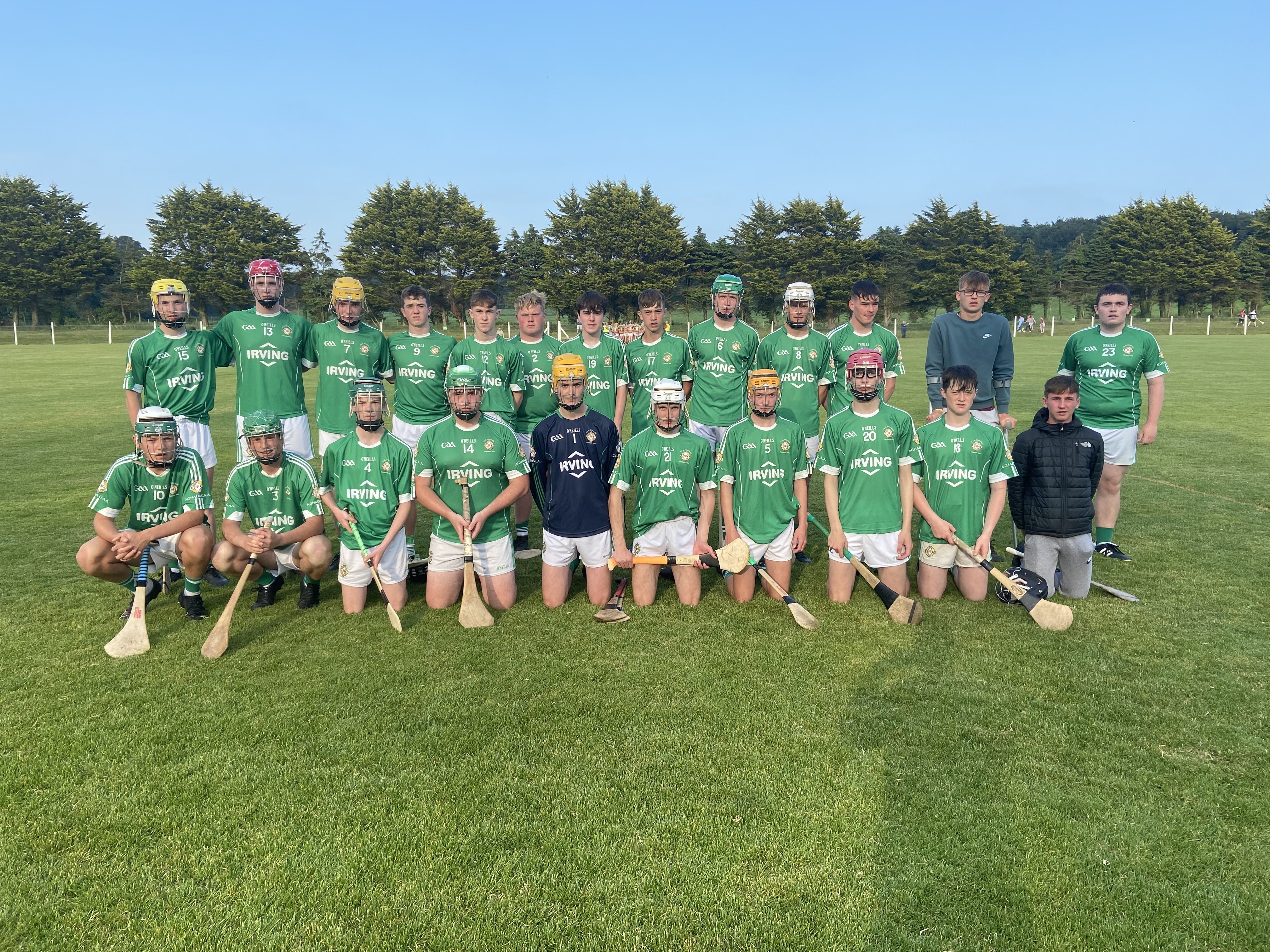 Aghada GAA Juvenile News
Hi folks, another week of activity got under way last Monday evening in Carrigtwohill when our U12 footballers proved too strong for the home side in a 3-8 to 1-5 win that kept their unbeaten run going. Despite the loss of the unlucky Rossa White due to injury and led by the impressive Sam Morgan upfront who was in scintillating form Aghada were full value for their win. We were then in U17 hurling championship action in Rostellan on Wednesday evening against Kilara Óg a Kilworth/Araglen combination that’s played in a round robin format. Unfortunately for Aghada we had some big injuries to contend with and despite these setbacks the team went on to produce a fine skillful attacking brand of hurling. One of our injured players Cian Hegarty went into goals and acquitted himself quite well and this subsequently released Cian O’ Shea to play in the half forward line. Cian O’ Shea then unfortunately picked up an injury and had to be replaced and we wish him and our other injured players Noah Devoy, Stephen O’ Shea and Cian Hegarty well in their rehabilitation. The half back trio of Aaron Kearns, Fionn O’ Connor and Oscar Slye were in tremendous form stopping and starting attacks on numerous occasions and at the end of a pulsating encounter, Kilara Óg just edged it on a scoreline of Aghada 0-16 Kilara Óg 3-10.

Then on Saturday our U15 Div1 footballers served up a thrilling draw against Kiltha Óg in Castlemartyr on a scoreline of Kiltha Óg 4-7 Aghada 3-10. Aghada were slow out of the blocks and improved significantly over the course of the game, Robert Dean stood out in a battling team performance against a physically strong Kiltha Óg side out to avenge the two defeats inflicted by Aghada last year. Tomás Condon made some typical lung bursting runs from defence and Samuel O’ Driscoll also ran himself into the ground in an all action display. Strong goalkeeping by Jack Buckley supported by a resolute defence kept Kiltha Óg at bay. Chief coach Declan was keen to emphasise again that performance and effort trumps scoreline and on all counts will have no worries on that front. Declan also impressed the lads with his post match punt kicking masterclass freeing an Aghada ball caught high up in the net behind the goals, even the Kiltha Óg team stayed on to cheer his accuracy. Assistant coach Seán O’ Keeffe confirmed to all mentors that he won’t be asking anyone to wash his bibs from now on and will be looking after this himself in the future! Overall the management will be delighted with this hard run out in the last of our pre-season games before the championship encounter with Glenville on July 17th.

The Go Games continued apace with Lisgoold visiting Rostellan to play our U9’s and Whitechurch played our U10’s we then travelled to Whitechurch to play at U11 with entertaining football on display by all teams and well done to all involved.

Finally the best of luck to Fergal Rasper Condon and the Cork U20 hurling team who go in search of All Ireland honours in the final against Dublin next Saturday July 10th 7.15pm in Nowlan Park, Kilkenny. Cork beat Tipperary in the Munster final, while Dublin accounted for Galway in the Leinster final so a cracking contest is in prospect as we hope Rasper and the rebels can bring All Ireland glory back to Leeside.