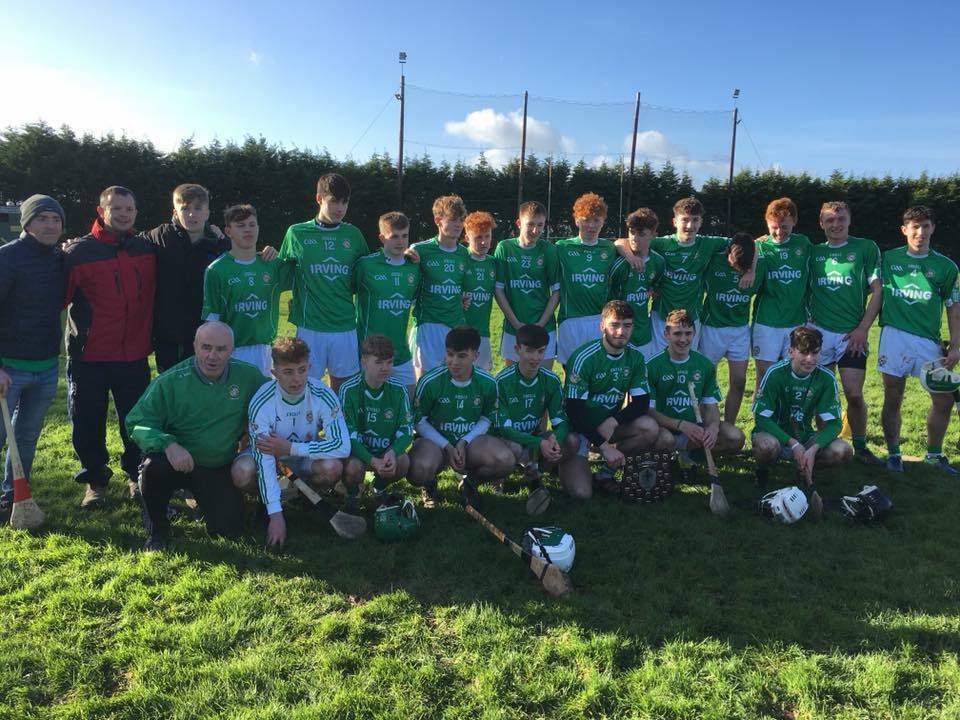 Aghada 5-14 Ballyhea 2-7
The Minor Hurlers journey continues after a great team performance in Fermoy on Saturday with a win over Ballyhea. After four minutes Jamie had us on our way with a point he followed with a second before Mark got the next five scores 1-4 a powerful goal from close free. Ballyhea put three points on the board in the first half, shows how terrific our back six and keeper were . Luke Dara Jack Rory Marcus Darrag and Craig in goals. Alan got the second goal after his speedy run. Conor .Sean and Mark added more points to leave it 2-9 to 0-3 in favour of us at half time.

Darragh was replaced by Dylan for start of second half. Kyle and Cal continued to dominate in midfield. Sean and Ciaran working very hard at wing forward kept Ballyhea backs with a lot to do. Mark shooting very well got first point of second half. Jamie batted in the third goal. Ballyhea scored their first goal and added two points.Kyle put over after a well worked score. Oisin came on for Ciaran . Vince replaced Sean . Mark added two more points Score of the match came from that famous Jamie run to finish the ball to back of Ballyhea’s net.Ballyhea got three more points .

Then Alan pounced to score our fifth goal. Ballyhea scored a penalty and final score of match came from no other than Mark.
So back to training Wed 7.30.