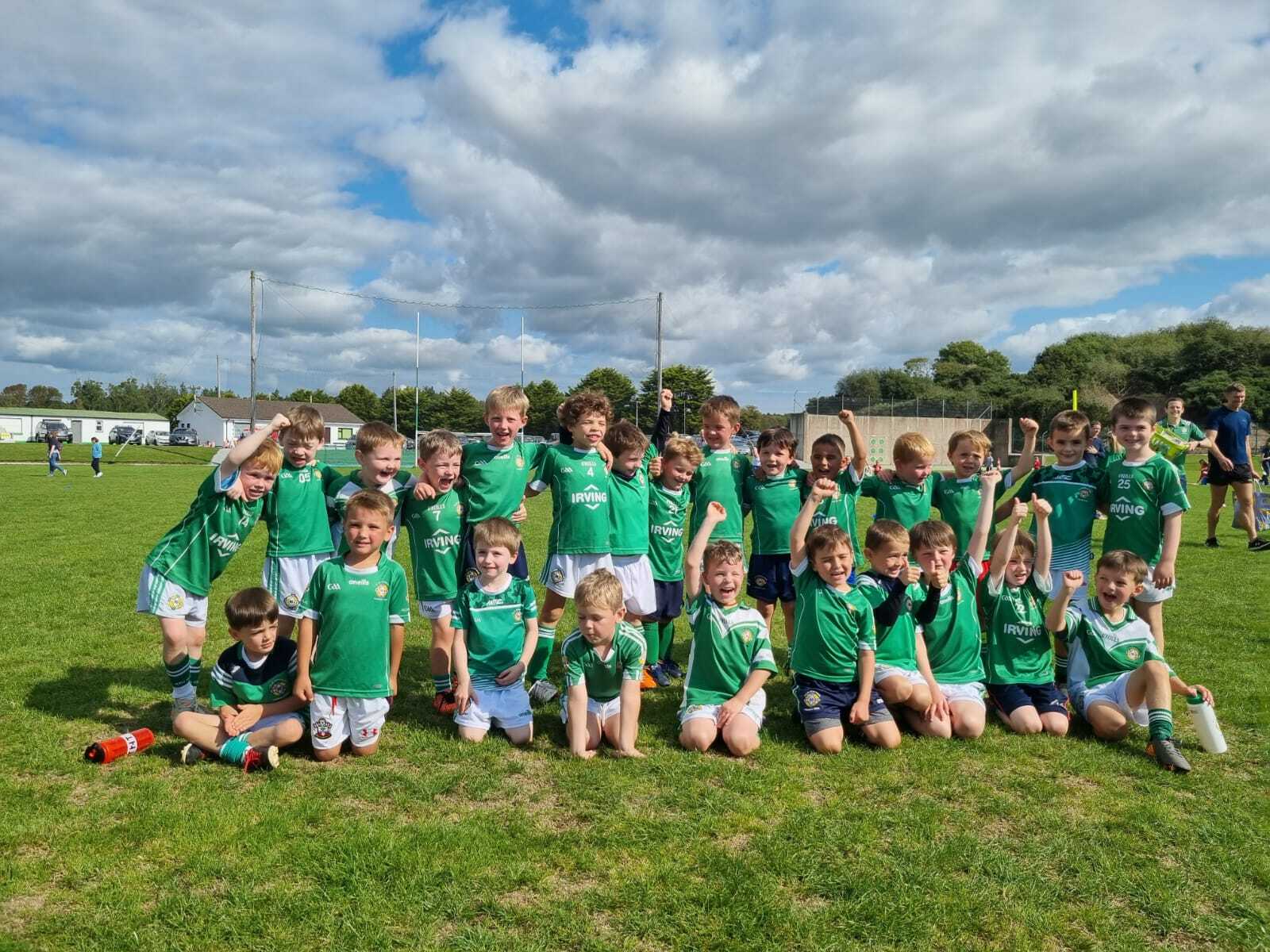 Hi folks, hope all is well and you’re enjoying this glorious spell of weather that we are having. The stars of the future our u6 academy players played their first official matches in both hurling and football last Sunday morning in the brilliant sunshine against Kiltha Óg and hopefully this will be the first of many more outings for these young players in the famous green jersey in the years ahead. Well done to the mentors for organising and who have been training the boys all summer long in preparation for their big day. Our u8s enjoyed a monster football blitz held in our own club grounds on Saturday morning with over 30 teams present and a big thankyou to the juvenile committee for the help with car parking duties and to Ann O’ Riordan who co-ordinated the catering in what was a very well organised event. The same morning our u10 hurlers were in Killeagh showcasing their skills and the parish leagues are in full flow on the Tuesday and Friday nights, its hard to believe 8 years ago our u17 minor players were the first to play in the new revamped u10 parish leagues, doesn’t time fly when your having fun!

We were back in Ballincollig last Sunday afternoon after being there 24 hours previously at the same venue for the premier intermediate football match. We started well and looked in control before taking our foot off the gas and then playing catch up only to leave it too late and will rue some missed opportunities that cost us in the end of a pulsating encounter. Corner forward Stevie O’ Shea with an explosive strike rattled the home sides net and lively half forward Callum Roberts struck over 2 sublime points as we moved menacingly ahead. The full back line of Colm White, Evan Crowley and Ronan Walsh were in tremendous form, while behind them goalkeeper James O’ Donnell was dealing with everything that came his way confidently and we were full value for our 1-6 to 0-6 interval lead. Ballincollig were quickly into their stride in the second half and drew level with an early goal as we seemed to go into our shell and handed the initiative to the home side. We then found ourselves in arrears for the first time in the match before slowly awakening from our slumber, we rejigged the team with Robert Dean going to centre back and David Wallace to midfield and started to dominate once again. Midfielder supreme James Hurley top scored with 7 points 5 of them from frees of the highest quality in a 100% return from the placed ball. Centre forward John Walsh also knocked over a few good scores and it looked like we had weathered the storm, but it was not to be as we were rocked with a late goal and that proved to be the winning score as it separated the sides at the end. We will feel we left this one behind us and at the same time can be proud of this group of players who gave us great enjoyment throughout the year and the best of luck to the lads who will be playing u16 championship that will be starting shortly. Team James O’ Donnell, Colm White, Evan Crowley, Ronan Walsh, David Wallace, Ronan Devoy, Conor Baxx, James Hurley, Robert Dean, Seán Corkery, John Walsh, Callum Roberts, Stephen O’ Shea, Cian Murphy, Diarmuid Cotter (captain) subs used James Motherway, Conor Geary.

The best of luck to the schools in our parish who have started out in their journey in this years Sciath na Scol competitions. The importance of our schools in our own club’s journey cannot be underestimated and our academy manager John Connolly has put together a brief synopsis of the amazing volunteer work being undertaken by our Schools co-ordinator Pat O’ Connell and team.

Aghada GAA Juvenile News Hi folks. Whether you were in D...

A Chara, Whisper it quietly but September is here and the...