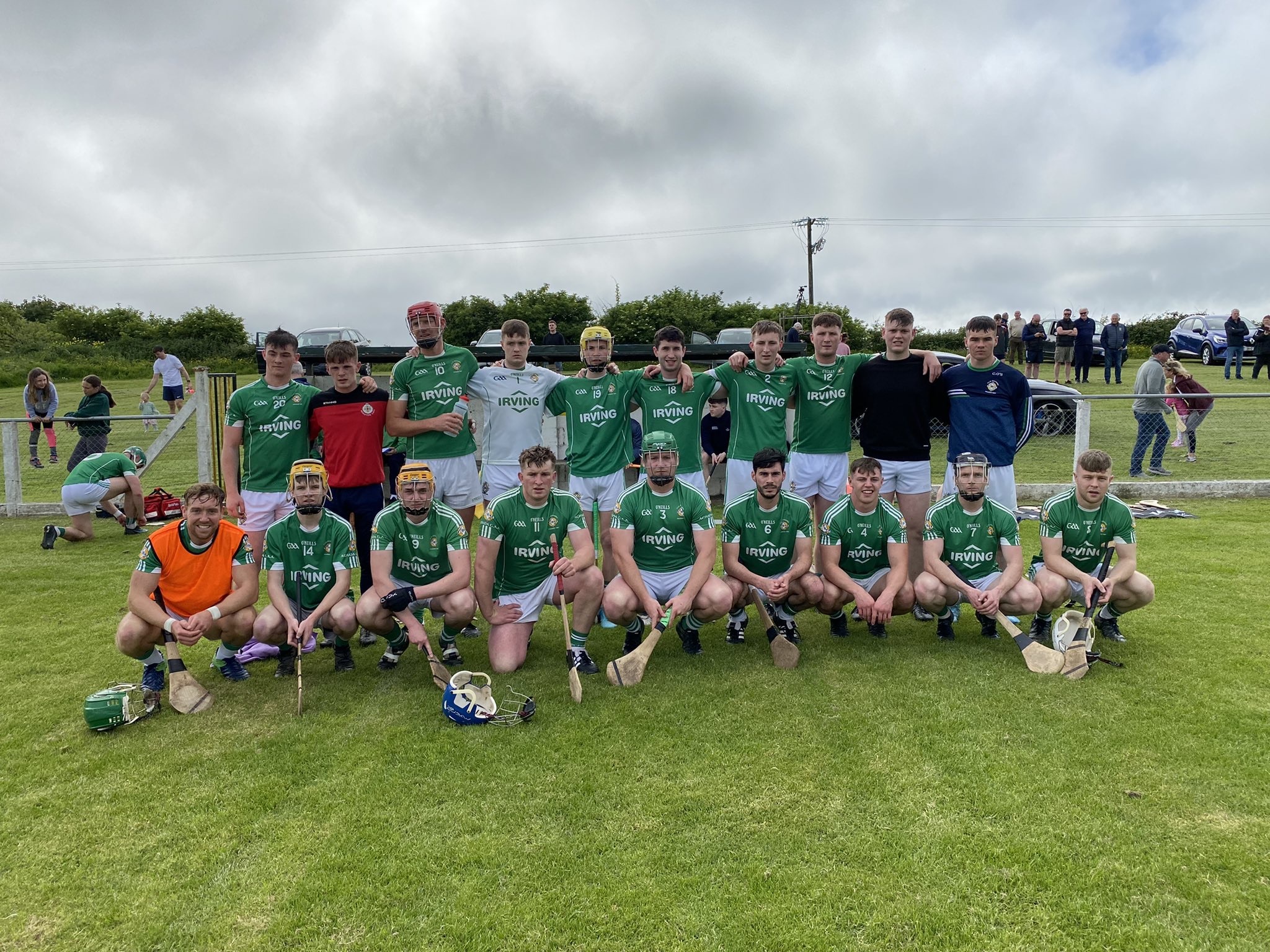 Our intermediate hurlers made the short trip on Saturday afternoon to Shanagarry where we entered into battle against Russell Rovers. It was great to see a big Aghada following in attendance on a beautiful evening for hurling.

After a fine showing against Kilbrittain last time out, our lads were aiming to get another win on the board but got off to a poor start when Russell Rovers struck the first score of the game after just two minutes from a 65. However, it could have been much worse had it not been for a fabulous double save from Aghada keeper Ciaran O’Shea. The game ebbed and flowed for the next couple of minutes before the immense Charlie Terry pointed from play for the first Aghada score of the day after receiving a fine pass from the ever-industrious Aaron Berry. After only five minutes played, everyone in attendance could tell this game would go down to the wire. Rovers struck for the next point, but this was followed by a flurry of Aghada scores. Charlie Terry was fouled twice with Willie Leahy making no mistake from the two well struck placed balls. Roles were then reversed when Leahy fed Terry and the latter made no mistake, pointing a superb score from play. Aghada looked in great form now with our lads playing a lovely brand of hurling. Kyle O’Shea and Timmy Hartnett were working tirelessly to defend our goals on the right side of defence. Russell Rovers responded to a good Aghada spell by pulling the game back to a draw. Aghada were then dealt a blow by losing Mark McCarthy to a foot injury. The team responded to this setback with a brilliant point from play form the man who replaced Mark, Eoin Motherway after being fed by Ronan Murphy. This was followed by a fine Charlie Terry point after an improvised pass from Aaron Berry. This left the scores level at half time at ten points apiece. Our lads had the wind in the second half but were also facing to play up the hill.

Rovers came thundering out in the second half and before the Aghada faithful knew it, we found ourselves five points in arrears after just five minutes of play. Aghada needed a settling score and got it courtesy of a well taken point from youngster Ronan Murphy after a well-executed sideline from Timmy Hartnett. After our hosts tacked on another score, we then went on a scoring spree of our own. First up was star of the show Charlie Terry. Cha grabbed a pinpoint puckout from Ciaran O’Shea before floating over a beauty of a score. This was then followed by a point from Willie Leahy after full back Luke O’Connell made a vital turnover in the middle of the field. The work rate on show from the Aghada rearguard at this stage was immense with Rory Slye making a smart block and this was shortly followed by a turnover from Jack Norris which led to another score for our lads from Willie Leahy. Straight after this, Jamie O’Hanlon gathered possession and when in full flow was dragged down for a free which Willie Leahy dually converted. The score of the game followed with a brilliant team move which started with Luke O’Connell who found the ever young Pearse O’Neill in space who in turn fed Ronan Murphy who spilt the posts to leave Aghada 17 points to 16 ahead with thirteen minutes remaining. The game was all tied up shortly after a fine score by Russell Rovers. Aghada needed a score and up stepped Pearse O’Neill who spilt the posts after yet another pinpoint puckout from Ciaran O’Shea. Rovers would go on to score the next three points to leave Aghada trailing by two points with less than five minutes remaining. Willie Leahy narrowed the gap to the minimum immediately after another lovely, timed pass from Tim Hartnett. You could feel the tension in the air at this stage. Eoin Motherway grabbed the sliotar and looked set to draw the game before he was fouled for a free in front of the posts which Willie Leahy scored to leave both teams deadlocked heading into added time. Come the man, come the hour, come the Aghada hero. With the clock in the red, Aaron Berry went on a massy run before the ball fell to Jamie O’Hanlon who somehow pulled the trigger in a tight space to put Aghada in the lead. The next puckout was crucial and with Aidan O’Connell and Danny Creedon dominant in the air, it was no surprise to see Aghada emerging with the vital sliotar. The ball was again fed to Jamie O’Hanlon who struck the insurance score to secure victory for Aghada to the delight of the traveling support. This victory will have pleased team manager Willie Wallis and selectors with brilliant team spirit and grit on show coupled with some lovely hurling played. So after all was done and said, Aghada escaped with the precious league points after a titanic battle with our hosts Russell Rovers.

Aghada had two players who stood out on the day. Jack Norris was unbelievable in defence with Charlie Terry outstanding in the forwards. Fair play to referee Pa Beasaung who also contributed to a great game by leaving the game flow.

Aghada now switch codes to face Kanturk in their Cork Credit Union’s premier intermediate football league clash vs Kanturk next Saturday evening at 4pm in Rostellan. Get down to show your support for the lads if you can. 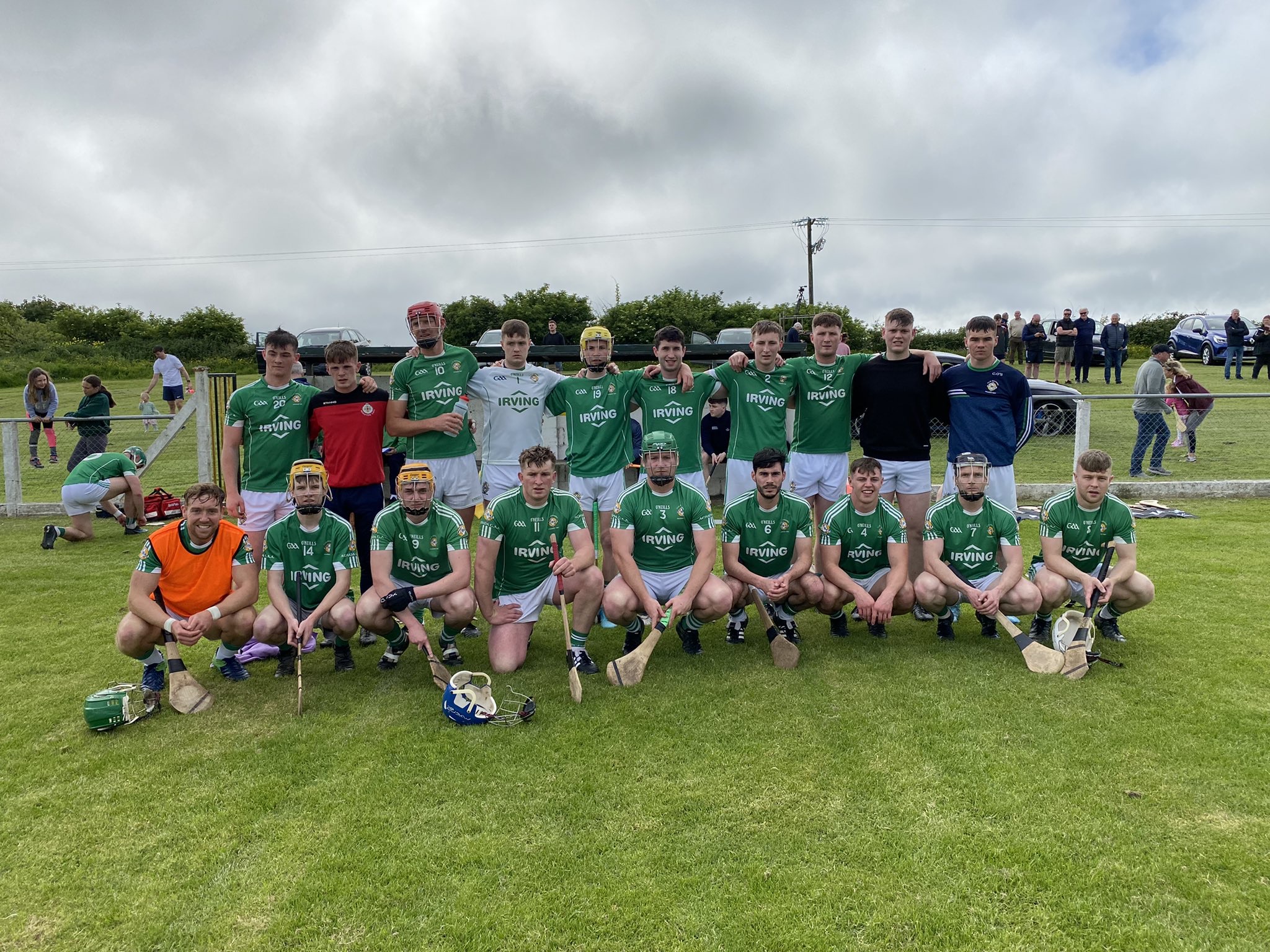 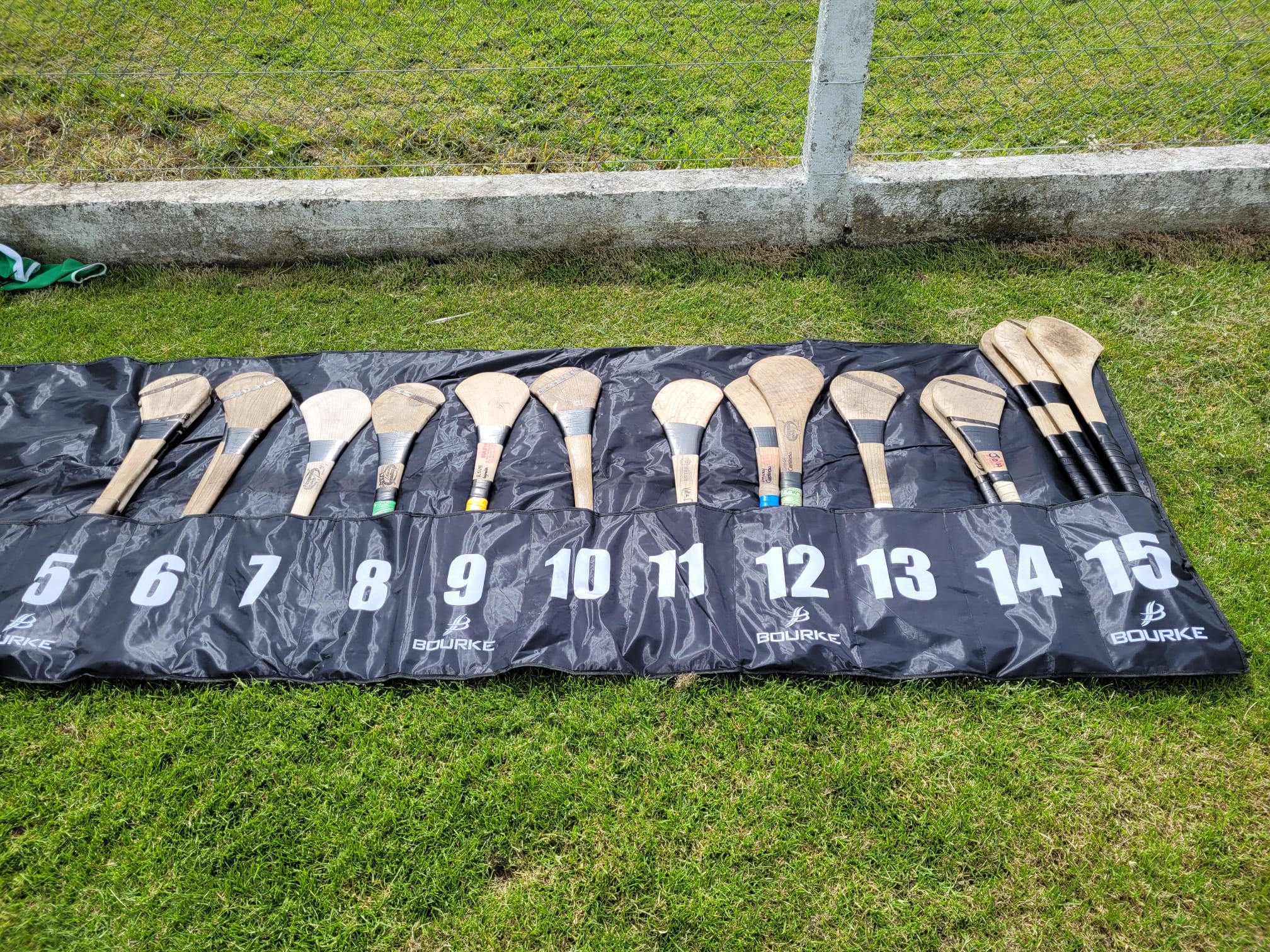