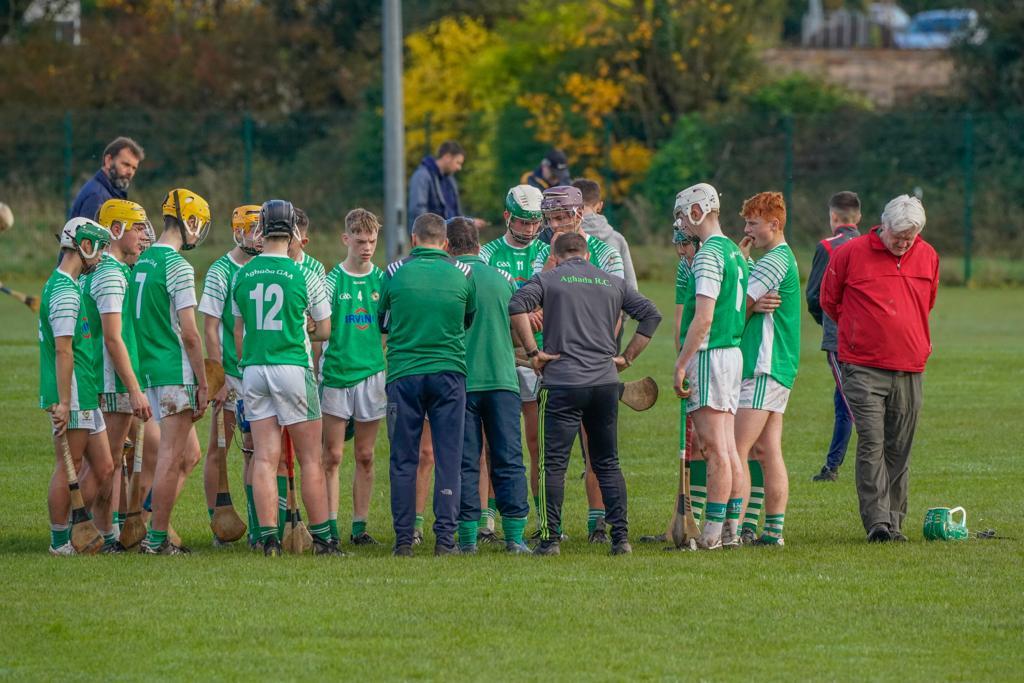 Hi folks, as we come to the business time of the year with club AGM” s on the near horizon it is events on the field that are still taking centre stage with our under 16 players exceeding all expectations on the double as a week after reaching the premier 2 football county final they have done the same in the hurling a magnificent achievement by this bunch of dedicated players and their management teams. The football final is on next Saturday against Bishopstown with the hurling decider the following week against Erin’s Own and your support would be very much appreciated, a big thank you to Ronan Geary who took some great photos of the teams in action over the last few weeks and these photos can be viewed on our juvenile Facebook page. The upcoming juvenile GAA AGM will be held on November 23rd with the adult equivalent on November 30th and all are welcome at these very important meetings that will shape the running of our club for 2022. Well, done to Hannah Looney who already has 2 Camogie All stars to her name and now has added a football All star to her impressive trophy cabinet and with this year’s camogie awards yet to be announced it could well be a unique double year for the sensational dual star.

A superb performance of grit and determination in a tense arm wrestle saw our u16 hurlers reach the county final and in doing so emulated the footballers and we now have deciders in both premier 2 competitions in the coming weeks. This was a hard-fought win in pure winter hurling against our east Cork neighbours Bride Rovers in Rathcormac last Sunday morning, although it must be said benign weather conditions for the time of year. The work rate was phenomenal, from number 15 James Motherway all the way to the last line of defence, as we limited our opponents to one point from play over the hour. We raced into a five point to one lead by the first water break with the half forward line of Samuel O’ Driscoll, Hugh Mulcahy and Noah Devoy making their presence felt. Hugh was brilliant in the air with some fine high fielding as Samuel and Noah delivered some sublime points, Noah struck 3 in a blistering opening spell, Samuel added another beauty and a fine long range free from commanding centre back Fionn O’ Connor had us in the ascendancy. The rovers changed their game plan to try and deal with our half forward trio and it worked for a while, competing more vigorously in the half back line and looking to mop up the breaking ball and by the end of the half it was six points apiece, our score coming from the industrious James Hurley with a magnificent effort after he replaced the unlucky Stevie O’ Shea who unfortunately had to retire early from the proceedings. The appetite, spirit and resolve were evident on both sides as they tried to gain the upper hand while defending in numbers as Seán Santos O’ Sullivan and Evan Crowley were particularly impressive clearing their lines and with dynamic midfielder Oscar Slye as well as the home side unerring from the placed ball, it was all to play for as we were level at the final water break. The boost we were looking for came when a free from Fionn O’ Connor made its way to the net and it looked like this could be a score of real significance, but Rovers roared back with 3 unanswered points to level it once again and in a welter of excitement a long range effort from Fionn was batted down and recycled by Oscar to hit the winning score to book our place in the final. A mighty performance by the lads who showed what they were made of, they stood up and were counted and move on to the final where they know another big effort will be needed as they take on Erin’s Own conquerors of Shandrum in the other semi-final. Team & scorers John Walsh, Conor Geary, Fionn O’ Callaghan, Seán Santos O’ Sullivan, Cian Hegarty, Fionn O’ Connor 1-1, Robert Dean, Aaron Kearns, Oscar Slye 0-5 0-4f ,Samuel O’ Driscoll 0-2 Hugh Mulcahy, Noah Devoy 0-4, Stevie O’ Shea, Tomás Condon, James Motherway, subs used James Hurley 0-1 Evan Crowley.