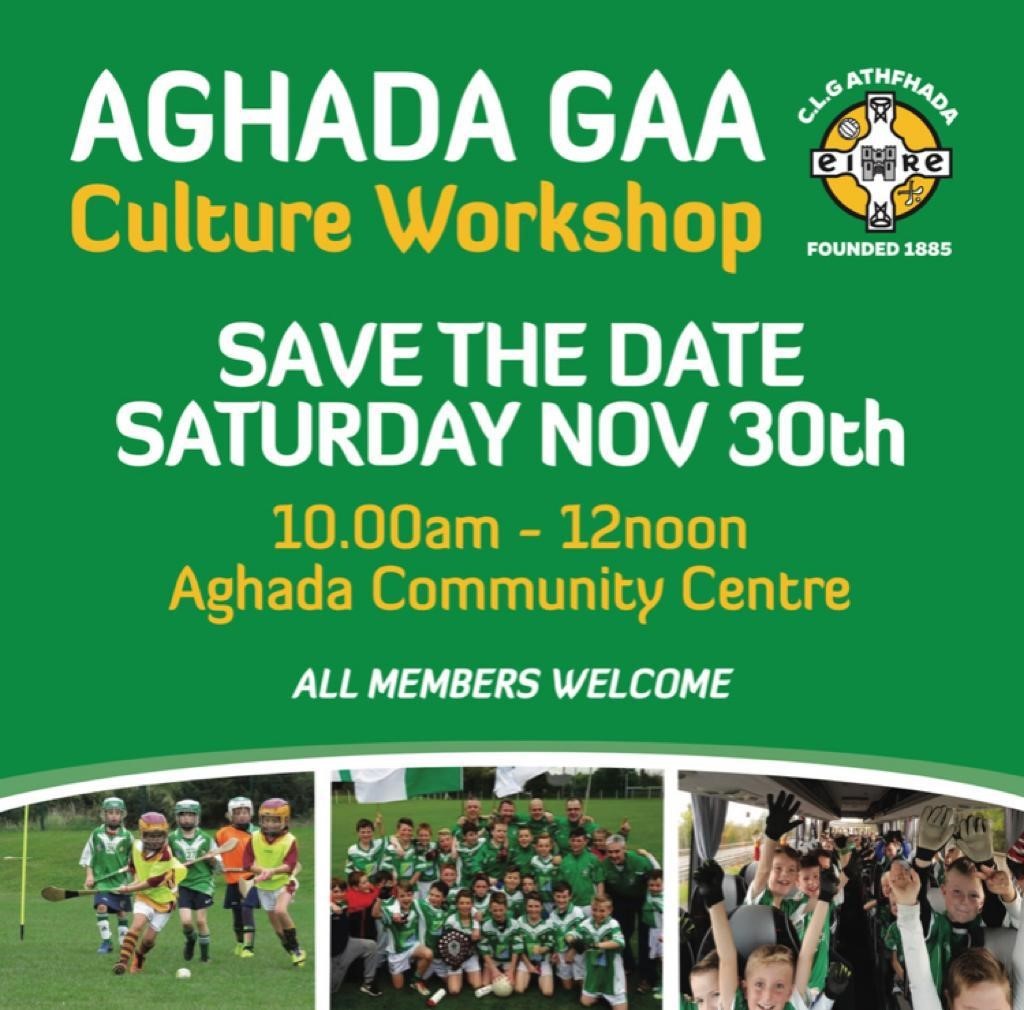 Our Jb hurlers capped off a great year when they completed a league and championship double with victory over Castlemartyr in this year’s Div 3 league final. A titanic struggle that ebbed and flowed saw the teams level at full time on a 1-12 v 2-9 scoreline. Jamie O’Hanlon had the Aghada goal, Oisin Counihan, Richie Condon and Brian Morrissey all excelling for the men in green and white. Extra time remained just as tight with Darragh Ryan and Tom O’Neill doing most to drive Aghada on. Extra time points from Mathew O’Connor, Declan Geary, Ger Lynch and the eventual winner from Mathew Leahy saw Aghada claim victory by the slenderest of margins. Well done to all players and management on a fantastic 2019 for this group.

Last Sunday we relinquished our JC football title won in 2018, when Cobh were by far the better side and knocked us out of this year’s championship. Played on the excellent surface of our forest pitch, there was a hint of Angelo Dundee in Zaire with the sidelines being mysteriously brought in about 5 metres. It helped, but not enough. Our neighbours from across the water looked capable of scoring goals at will and 3 majors meant the result here was never in any real doubt. Best for Aghada were Ger Melvin and Rory Bawden, but credit to all as they kept battling right to end. We still have a league final to look forward to at this level so still some chance of silverware before the year is out!

This Saturdays workshop has been designed to commence the journey in shaping the desired culture for Aghada Gaa and for all involved. It is really important for all members to make the effort to be here and have their say on how to set the values, standards, goals, aspirations etc that we should all strive towards into the future. It won't go over the 2 hours on the day, so give the time to this important project.

The Adult club AGM is set for Tuesday the 3rd of December at 7:30pm in clubrooms in Rostellan.