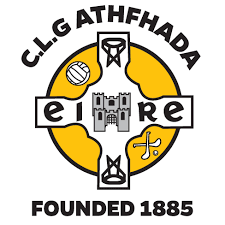 No joy for our U21 hurlers last Saturday when we were soundly beaten by an excellent Castlelyons outfit. Played in Dungourney, the heavens opened just as the referee threw in the sliothar to start the game. The lashing rain, along with the wind and cold, made for very difficult conditions in the opening half. The wind favoured Castlelyons who raced into an early 6 points to 2 lead after the 1st quarter. Aghada’s 2 points were Charlie Terry frees. The 2nd quarter followed pretty much the same pattern. There was no real flow to the game and Aghada were happy to stay within striking distance. Castlelyons hit 4 more minors and Charlie converted 2 more frees earned by the cousins Kyle O’Shea and Tommy O’Donoghue. At half time it was 8 v 4 and Aghada would not have been unduly concerned as they headed for the shelter of the dressing room.

The sun came out, and the wind died for the start of the 2nd half. But from Aghada’s point of view, that was the only bright spot for the next 30 minutes. Our opponents had doubled their lead in 10 minutes scoring 3 frees and a super point from play. Jamie O’Hanlon set up Terry for a point from play on 13 minutes and after Rory Slye was fouled, Mark McCarthy converted a long range free on 15 minutes. Castlelyons responded from the puck out and hit the next 2 from play in less than a minute. On 20 minutes Mathew Leahy was fouled and Charlie duly pointed the free and with 10 minutes to go it was a 6 point game – 14 v 8. In truth though Castlelyons were on top in nearly all sectors and were winning puckouts at will from both ends. On 23 minutes they scrambled home a goal after an initial attempt rebounded off the Aghada upright. They would have had a second straight from the puck out, but for a super save from Ciaran O’Shea in the Aghada goal. A minute later Charlie went for goal from a free that was a good distance out. That effort was tipped over for Aghada’s 8th and final point of the day. Now Castlelyons went into overdrive and kicked for home. 4 points in 3 minutes and the lead was 13 points as the clock hit 30 minutes. Another point from play and an excellent goal from their Cork senior player Niall O’Leary put a further gloss on their deserved victory. Well done to Aghada players and management on getting this far. It just never got going for them on the day despite their best efforts.

Medal Presentation night out this Friday

This Friday night 15th November in Healy's Bar Rostellan at 8.30pm we have a medal presentation for our teams that were successful in 2008 There are 3 sets of medals being given out – our 2018 U21AFC East Cork winners, our Junior C FC East Cork Winners and our (then) Senior football league Division 4 champions. There is finger food being provided on the night and all are welcome to join the celebrations.

Saturday November 30th Aghada GAA Culture Workshop 10.00 am-12 noon Aghada Community Centre This is an information gathering session which will be run by an external facilitator. It is the first step in a road towards optimising our club’s culture for the benefit of all. Your participation on the day is of crucial importance to the success of the initiative. Further details to follow.

Juvenile AGM is tonight Thursday the 14th of November at 7.30pm

Camogie AGM is Thursday the 21st of November

Ladies football is Tuesday the 26th of November

And the Adult club AGM is set for Tuesday the 3rd of December.