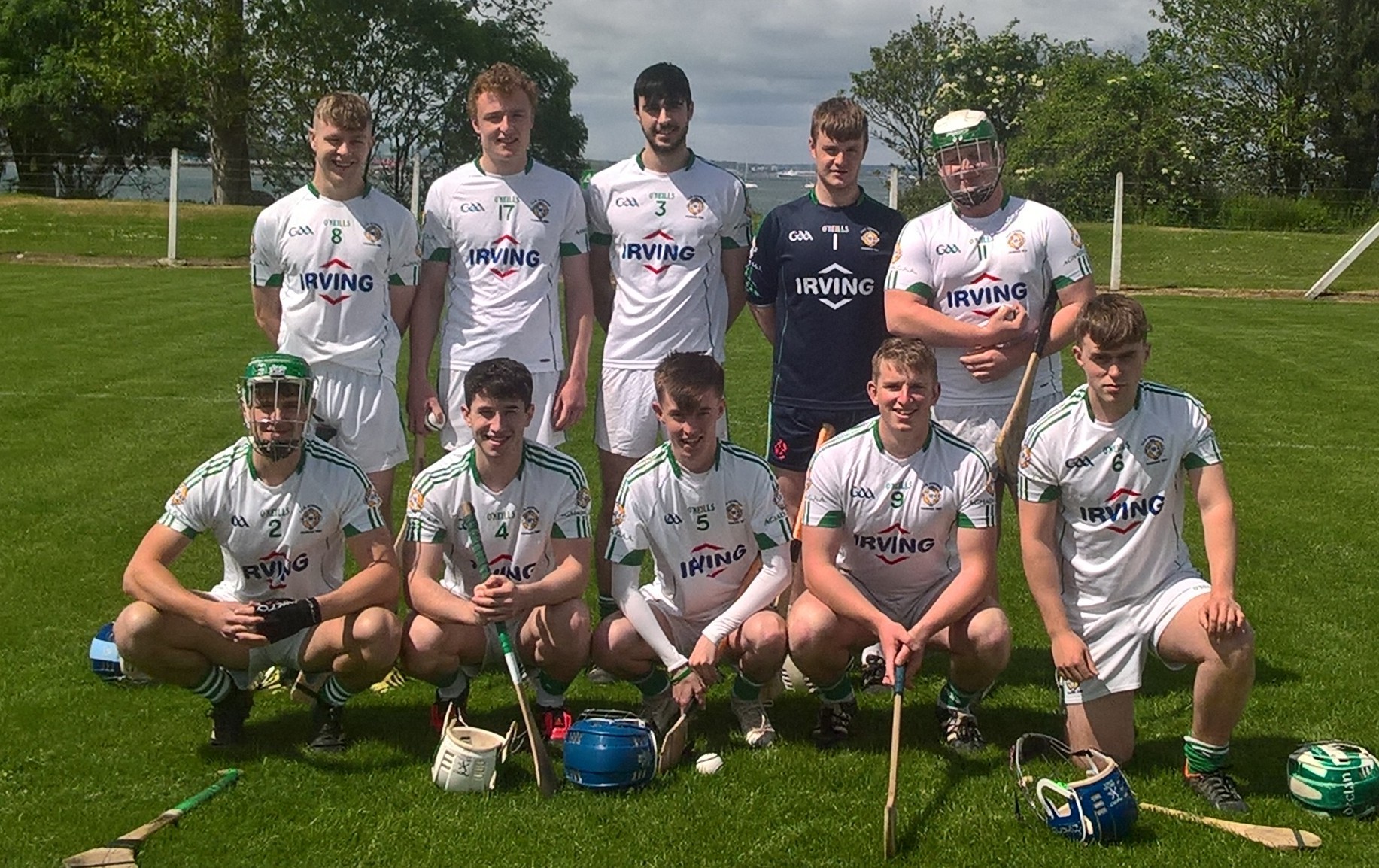 With both teams through to the semi-final stage in any case, this game was to decide who would finish on top of the group. Castlelyons had the wind at their backs for the 1st half and made full use of it pointing some excellent scores, many from long distances inside their own half. They led 4 v 1 after 5 minutes, a Mark McCarthy free was Aghada’s score. The Aghada defence was under the most pressure, but good defending on 8 minutes saw Oisin Counihan eventually set up Charlie Terry for Aghada’s 1st score from play. Aaron Berry hit a fine score on 12 minutes and Terry got his 2nd after plucking a super catch from the air on 13 minutes. It was 7 points to 4 at this stage as Castlelyons continued to pick off scores at the other end. And from here to halftime the visitors pulled away. They hit 5 points in the 2nd quarter, 3 from play. Aghada didn’t score again until the 30th minute when McCarthy pointed another free won by Terry. At the short whistle it was Castlelyons 12 points, Aghada 5.

It was score for score in the opening quarter of the 2nd half, with both sides hitting 5 points. McCarthy 2, Terry and Mathew Leahy were the Aghada scorers. When Castlelyons hit their 5th point from play on the 18th minute to extend the lead to 8 points, Aghada knew they needed more than points. 2 minutes later, a good run from Jordan Tynan released Craig Hogan. Hogan flashed the ball across the square, where Terry controlled it with one touch and then buried a bullet to the roof of the Castlelyons net. Next Aghada’s best player, Terry, pointed a free after being pulled back himself, and the lead was down to 4. Another Castlelyons point from play, was cancelled out by a nice point from Tommy O’Donoghue, but next came the decisive score. A wayward free from Castlelyons was just about kept in play and then buried to the Aghada net. Aghada continued to strive forward. Terry earned another free and converted it, and then was fouled again for Mark to point. All Castlelyons scores came from play in the second half, their final and 19th point came on the 33rd minute. From the puck out Terry again went for goal, but this time his rasper of a shot skimmed the crossbar to go over for a point. The final whistle sounded soon afterwards. Castleyons were deserving winners. Aghada now meet Carrigtwohill on Friday night in the semi-final.

Best Of luck to the Stripes

Imokilly go for 3 in a row Cork Senior County titles this Sunday. They have had tremendous success in the last 2 years so here’s hoping they can do the business again on Sunday. Best of luck to all, especially the Aghada contingent of manager Fergal Condon, players Will Leahy, Mike Russell and Mark McCarthy and backroom team Oisin Counihan, Jack Norris and Dr Diarmuid Mulcahy.

The current jackpot is €11,250 and the next draw is on Thursday 17th of October. Last week’s numbers were 2,7,8,15. There was no jackpot winner, but congratulations Paul Kilbane, Richard Jermyn, Patrick Sisk, Ann Marie O’Connor and Ger O’Brien who each won a €30 lucky dip.

Aghada community 1st responders are holding a “Restart a Heart” campaign in conjunction with CFR Ireland. So call into the community hall in Aghada anytime between 6pm and 9pm on Wednesday the 16th of October where each demonstration/ session will only last 15 minutes.

Cork County Board are holding a Course for voluntary stewards to assist with games in, Páirc Uí Chaoimh and Pairc Uí Rinn and occasionally for a concert as the need arises. The purpose of this course is to ensure that there will be a sufficient number of qualified stewards for events at these venues. Course takes place on Sat 9th of November. More details can be found on the Cork Gaa website.