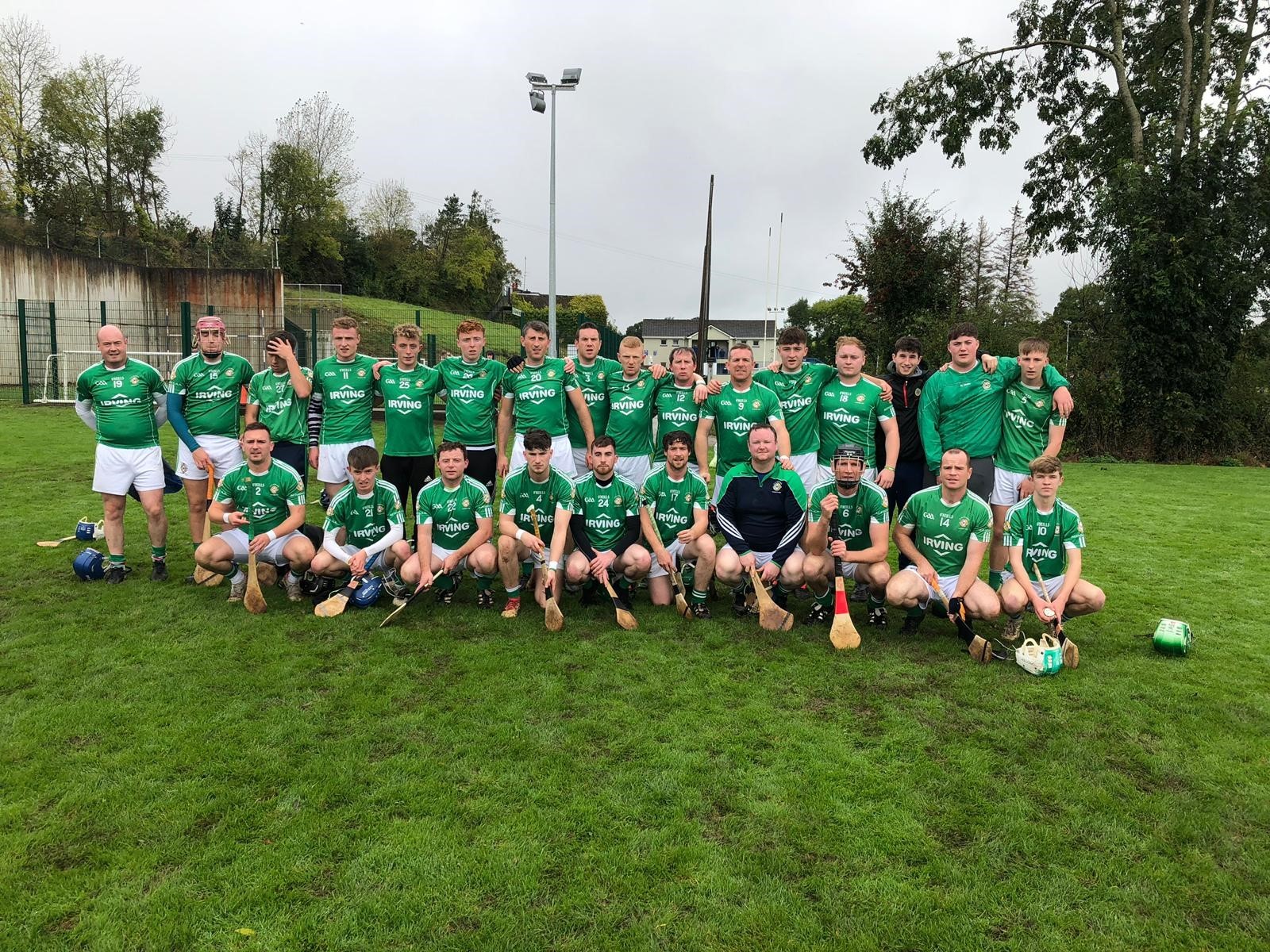 A great year for our B grade hurlers came to an end on Saturday last when we were beaten by a better team in the County 1st round. Still for all that Aghada will point to a few soft scores given up, being reduced to 14 men at a stage in the second half when a comeback might have been on, plus the loss through injury of influential midfielder Stephen O’Keefe, as all reasons we may still have gotten a result on the day. The opening minutes were even enough. 3 points apiece after 7 minutes. The pick of the Aghada scores was from Darragh Ryan, who beat a number of men before pointing off the hurley. Jamie O’Hanlon had the other 2, with Marcus Leahy involved in both. Now however the North Cork men upped a gear. With ex Cork senior Neil Ronan highly influential, they hit 1 – 3 without reply, albeit the goal came very cheaply. It was all Ballyhea at this point, but when Richie Condon broke up another attack, Aghada countered well and Gerard Melvin released O’Hanlon, who buried low to the Ballyhea goal after a good solo run. Marcus Leahy hit an excellent point soon after, but Ballyhea were after scoring two frees in between. Then they hit a fine score from out on the sideline before they got their second major after a long range free found itself going all the way to the Aghada net. Melvin and Marcus kept the scoreboard ticking over for Aghada and at halftime it was 2-10 v 1-7 to our opponents.

The opening 15 minutes saw Ballyhea race into a seemingly unassailable lead. They scored 1-4 in this period. Again Aghada will be disappointed with goal, which came from a close in free where Aghada defenders were slow to get back on the line. In reply Melvin hit 2 frees, earned by Jamie and Darren Malone. So with just a quarter to go it was a 12 point deficit, 3-15 v 1-9 . To Aghada’s credit they never gave in and even rallied together at this point. Ballyhea wouldn’t score again until injury time. Malone was fouled going through again and Melvin buried the free. It was a hint of the Ger Melvin show at this stage as he scored from play on 20 minutes. Next the wing forward pointed 2 more frees on the 26th and 27th minutes and the lead was down to just 5 with a considerable amount of injury time to be played. That was as good as it got however. Ballyhea pointed a ’65 and then goaled soon after as the clock ticked into injury time. Melvin repeated his goal trick from another free soon after. Amazingly the last 5 scores of the game were all 3 pointers. So 3 more goals came, 2 for Ballyhea and a lovely flicked goal from Craig Hogan for Aghada. In the end after a brave effort from Aghada, we went down on a 5-15 v 4-12 scoreline. Still a great year, and well done to all.