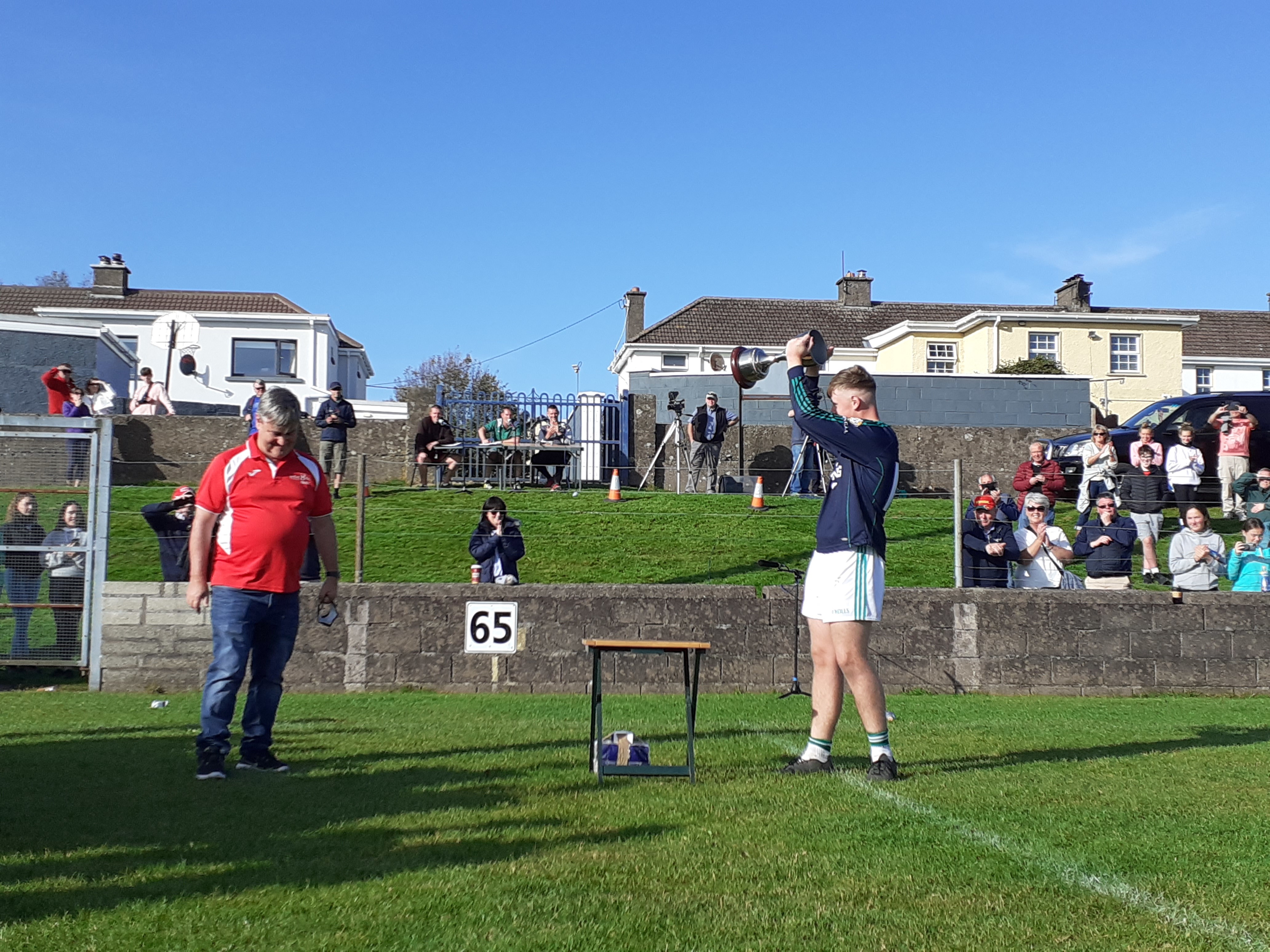 On a perfect day for Football, Hurling maybe even Tennis or Pitch & Putt Aghada Minor Footballers were only level with Cobh once, when the score read 0-4 apiece after 19 mins. But the gap was to grow exponentially after this juncture. Cobh started with a little more intent and had several attacks that yielded nothing on the scoreboard. Due mainly to ferocious defending and teamwork to deny Cobh the start they craved. Once Aghada opened the scoring on 4 minutes they then clicked into gear, opening up a 4 point lead on 11 minutes with Cobh yet to raise a flag. Aghada turnovers around midfield were key here.

So Aghada lead 4 to 3 at the water break, 16 mins. Cobh levelled on 19 mins and 3 Aghada goals in mins 20, 22 and 23 with a point directly after the first goal also sent Aghada into an unexpected lead. Cobh only replying once before the break. Score was 3-5 to 5 at HT. So the start of 2nd half scoring was low enough with Aghada leading 3-9 to 6, a 12 pt margin at the 2nd water break . But good teams don’t give up easily and Cobh had their spell, but maybe a little too late outscoring Aghada 0-2 to 2-2 in the final quarter. It is worth noting that all of Aghadas score came from play.

John Manning seen here accepting the Cup and full squad after the game.