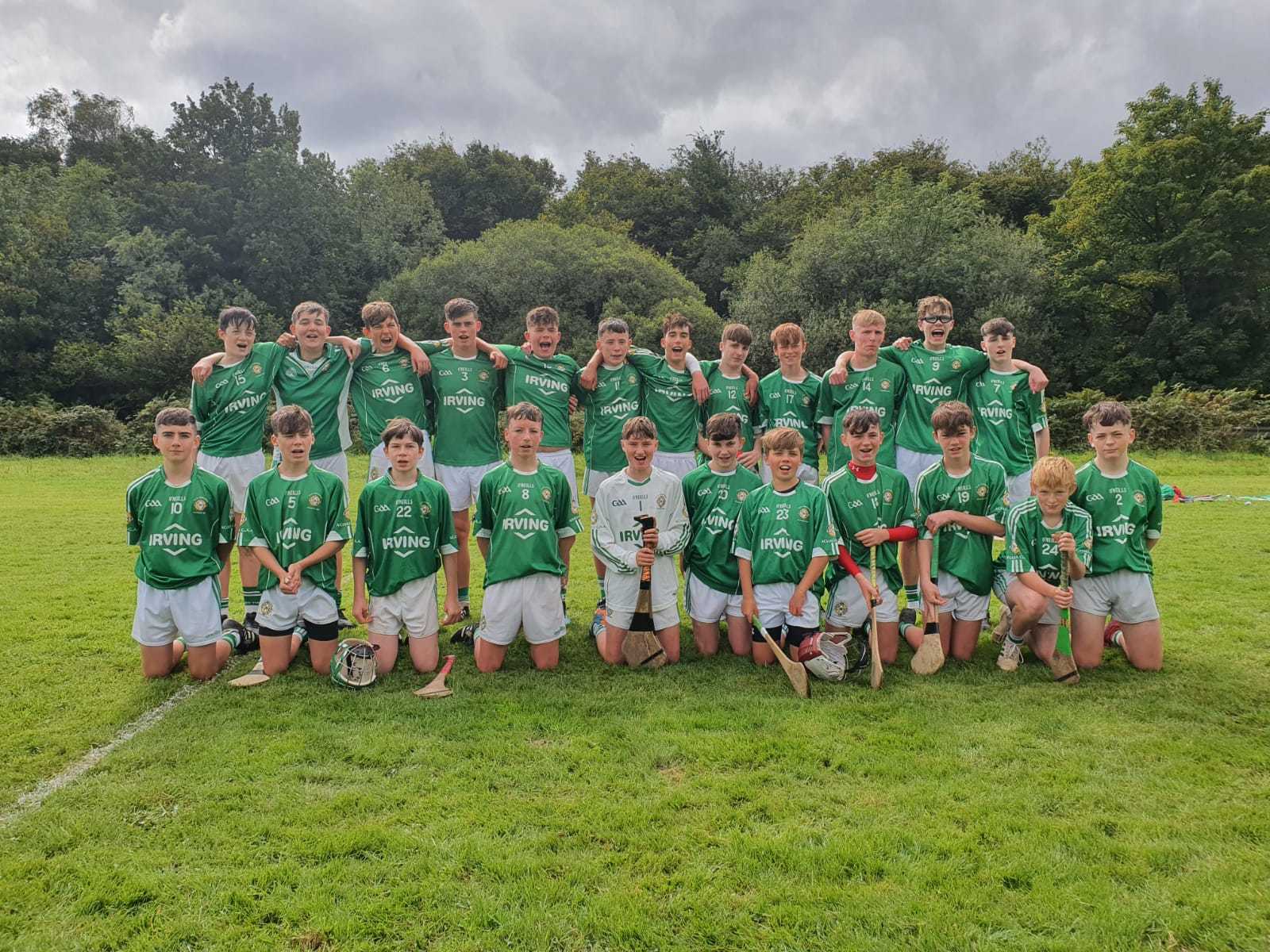 The forest field in Rostellan was the setting - a superb surface- on a Wednesday night with a lack of daylight a potential issue, but the result was never in doubt after the first quarter. Aghada opened the scoring within a minute with Jack Colbert powering forward from half back. The next 2 scores came from hard work and effort, Ben Walsh chasing, harrying and bringing lads into the game with Eoin and Ronan scoring to put Aghada 3 up after 3 minutes. Mayfield came back with the next few scores to level it at 13 minutes. Donagh Collins carried a ball out of defence laid off to Fionn O' Connell who setup Murph and Eoin gets another to open a 2-point gap on 15 minutes. Mayfield responded with one on 17 mins and at the same mark Aghada went into a 4 point lead with a goal from Noah Devoy after a run from the 45 and he picked his spot off his left, Aghada leading 1-5 to 0-4 and the margin never narrowed after this but grew steadily. Dan Leahy and Seán O' Callaghan kept Mayfield attacks at bay and then a Ben effort when he fired too early after a great catch would have really rocked Mayfield.

A high ball under the crossbar was dealt with by Cian who found MJ on halfway who forced Mayfields keeper to bat the high dropping ball and Murph followed up and his shot went over off the crossbar. A free from Eoin and the first from Sean Óg O' Keeffe down the right, after Stafford went and chased down a lost ball made it 1-8 to 0-4 at HT. Mayfield opened the 2nd half scoring before a free from Eoin and 2 from play from Noah stretched the lead to 9. Further points from Donagh, Eoin (65), MJ with a goal put this result well beyond any doubt. Aghada played with real confidence and a ball from Cian to Shane Lewis who found Sean Óg out on the right, got the wing back his 2nd score. So, another outing, a final for the lads in a rematch with Fr O' Neills on Saturday 12th. Panel on the night Seán Óg O' Keeffe, Jack Colbert, Ben Walsh, Seán O' Callaghan, Dan Leahy, Cian O' Shea, Jack Corkery, MJ Stafford, Eoin Motherway, Lachlan Greig, Noah Devoy, Donagh Collins, Fionn O' Connell, Seán O' Donnell, Shane Lewis, Ronan Murphy, Scott Whyte, Aidan Slye, Fionn O' Connor.

After an early morning motorway journey, leading to some lesser roads leading to Araglin, Aghada u14 Hurlers were slow out of the blocks, trailing 1-4 to 2 points at the first water break. But some great displays in the full back line, around midfield and teamwork all over the field in the 2nd quarter saw Aghada outscore their opponents 1-5 to a single point, to lead 1-7 to 1-5 at HT. They tipped away at the scoreboard and one wondered if the 2nd half would be a humdinger, would there even be a possibility of extra time.  Both sides traded scores during the 3rd quarter and it was Aghada who opened up some daylight between the sides, due to some precise free taking, opportunistic goal scoring and penetrating runs leading to frees for the scoreboard to be kept ticking over, leading 2-12 to 1-9 at the 2nd water break. The gap was there and despite another Kilara goal Aghada ran out strong and convincing winners to qualify for the P2 final for the second year in a row. Scenic route on the way home and the lads pictured here after the excellent win. And again a rematch for Aghada against Youghal.