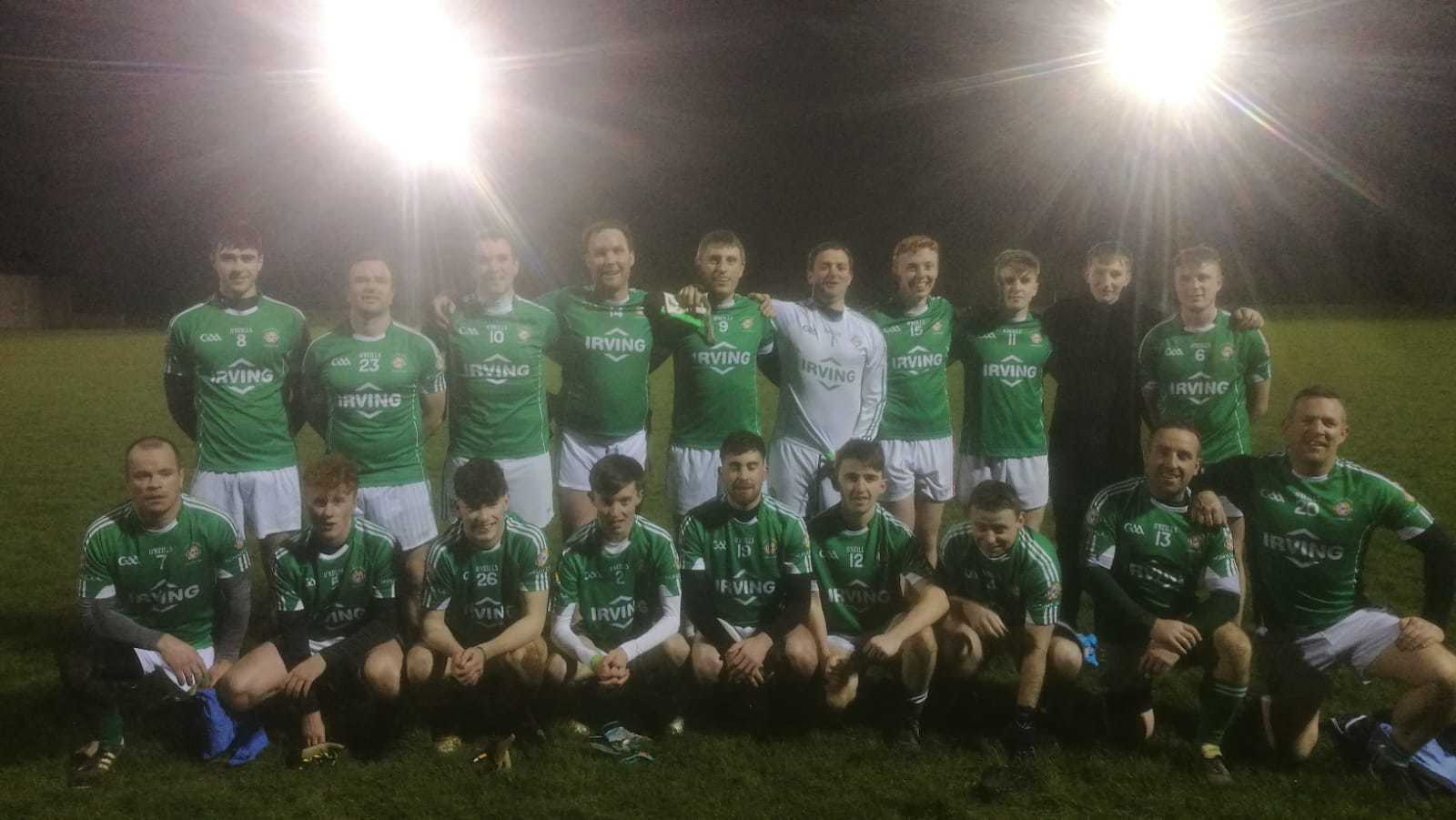 The 2018 East Cork champions got their 2019 campaign off to a winning start in an entertaining game with Lisgoold last Monday night. It was a close contest throughout with the result in doubt right down to the wire. At half time Aghada led by a point on a 2-3 v 2-2 scoreline. Ciaran Galligan started and finished the move that led to Aghada’s first goal, with James Gilroy also influential in the build-up. Gilroy had a hand in the second goal aswell soon after, when Tim O’Regan barrelled through to raise the second green flag. Rob Whelan provided one of the assists for a Lisgoold goal! while Vincey Rohan and Jack Norris impressed in the opening period. Upfront it was heard said that Oisin Counihan and Trevor O’Keeffe were like Ronan Clarke and Stevie McDonnell in the corner forward positions. However it was the two players themselves that were heard making the comparison. Counihan did point 2 important scores in the 1st half when Aghada were somewhat under the cosh. A remarkable recovery by Counihan really when you consider it’s only a few weeks since he was ran over by his father!

In the second half as the game headed into the clutch, manager Mattie O’Connor turned to his bench for pace. All he saw however was the 2 Brians – Wall and Morrissey. None the less, on they came, with the jerseys looking tighter than usual. At this point Pat O’Connell was seen being led away from the grounds crying – “My pitch!, My Pitch!”. Brian Mor did show his undoubted class when a jinky run by the veteran saw him score a fine goal to give Aghada some breathing space. Gilroy and Mark Healy continued to drive forward and take the game to Lisgoold. A crucial goal block by Luke Foley in the dying minutes, saw Aghada counter attack up the field for Mark Healy to score the insurance point, and Aghada held on for the win. So a good start to the league, and despite calls from some quarters of social media for O’Connor to be removed as manager, his position must surely be secure for another week or 2. Next up is Cobh in Rostellan next Sunday at 5pm. Best on the night in an overall great team performance, were Gilroy, Malone, Counihan and Rohan.