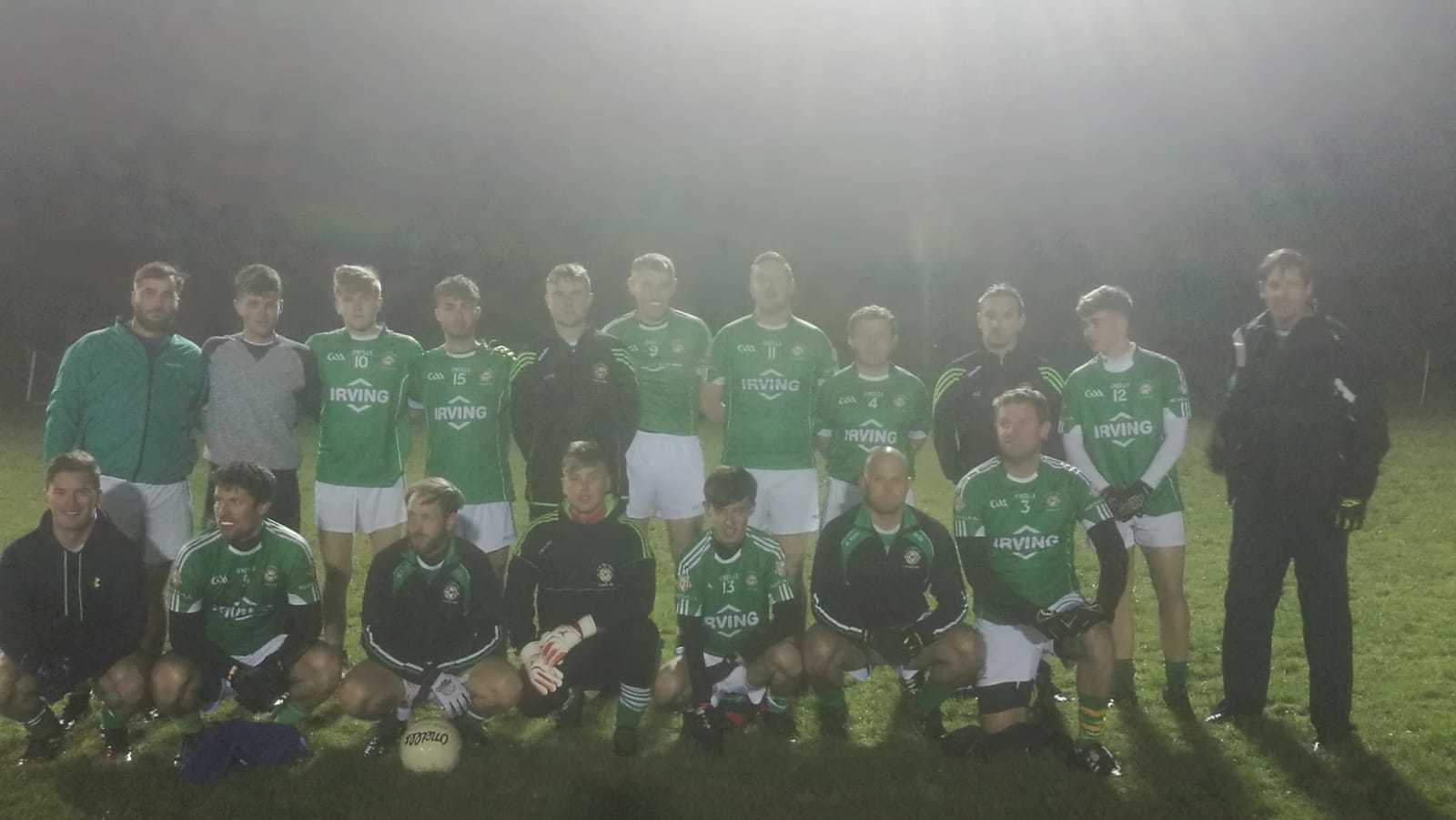 Aghada’s 3rd football team took on Youghals 2nd in the semi-final of this year’s East Cork C grade football championship. Played in Rostellan in excellent conditions considering the time of year, Youghal with the aid of a breeze in the 1st half dominated the opening period. They were 3 points to the good after 15 minutes and had by far and away the lion’s share of possession. Aghada had yet to score at this point, and were grateful for stout defending from Rob Whelan at full back and Ronnie Power at half back. Youghal should have been further ahead, but in the blink of an eye on 16 minutes the game was level. Niall Hill won possession 40 yards from goal and took off on a fine individual run, before riffling a rocket of a shot to the back of the Youghal net. This score didn’t really alter the pattern of play and Youghal quickly regained the lead 2 minutes later. Another point on 20 minutes opened up a 2 point gap again, but our fellow seasiders were also guilty of some wayward shooting. John Connolly in the Aghada goal was Cluxtonesq with his accurate restarts, and Aghada started to enjoy more possession. Incredibly despite being second best for the half, Aghada were to go in at half time in front. Vincey Rohan, who was challenged in some quarters of social media that he had to shine, did just that on 28 minutes. A great pass from Hill, found Rohan bearing down on the Youghal goal. He neatly sidestepped past the ‘keeper and with defenders closing in, he calmly slotted home for Aghada’s 2nd goal of the game. 2 goals v 5 points at the break left Aghada in a good position turning to play with the wind.

Youghal almost struck for a goal of their own from the restart, but Power made a decisive block. Now Aghada finally started to play most of the football. In a 10 minute spell from the 4th to 14th minute Aghada hit 4 unanswered points. All were frees from the boot of Jack Farmer. By now Farmer was operating at full forward, where the less amount of running required seemed to suit him. Outside him substitute Stephen O’Keeffe was having a big influence on proceedings. And with Darren Malone winning ample possession at midfield, Aghada now firmly had the momentum. The sides next exchanged a brace of points each. Sean Morrissey and Cal Bawden with scores from play for Aghada versus 2 pointed frees from Youghal. With 10 minutes to play it was 2-6 v 0-7 in Aghada’s favour. Aghada then hit the next 3 points aswell. 2 more Farmer frees after both he and Hill had been dragged down, along with another fine score from Bawden who ran onto a clever pass from Farmer, brought Aghada’s tally to 2-9. Youghal to their credit, never gave up the fight and flicked home a goal from a close in free, 3 minutes into injury time. Too little too late and on the final whistle Aghada were through to this year’s final. Here we will face Glenville, with date and venue to be confirmed at time of going to press.