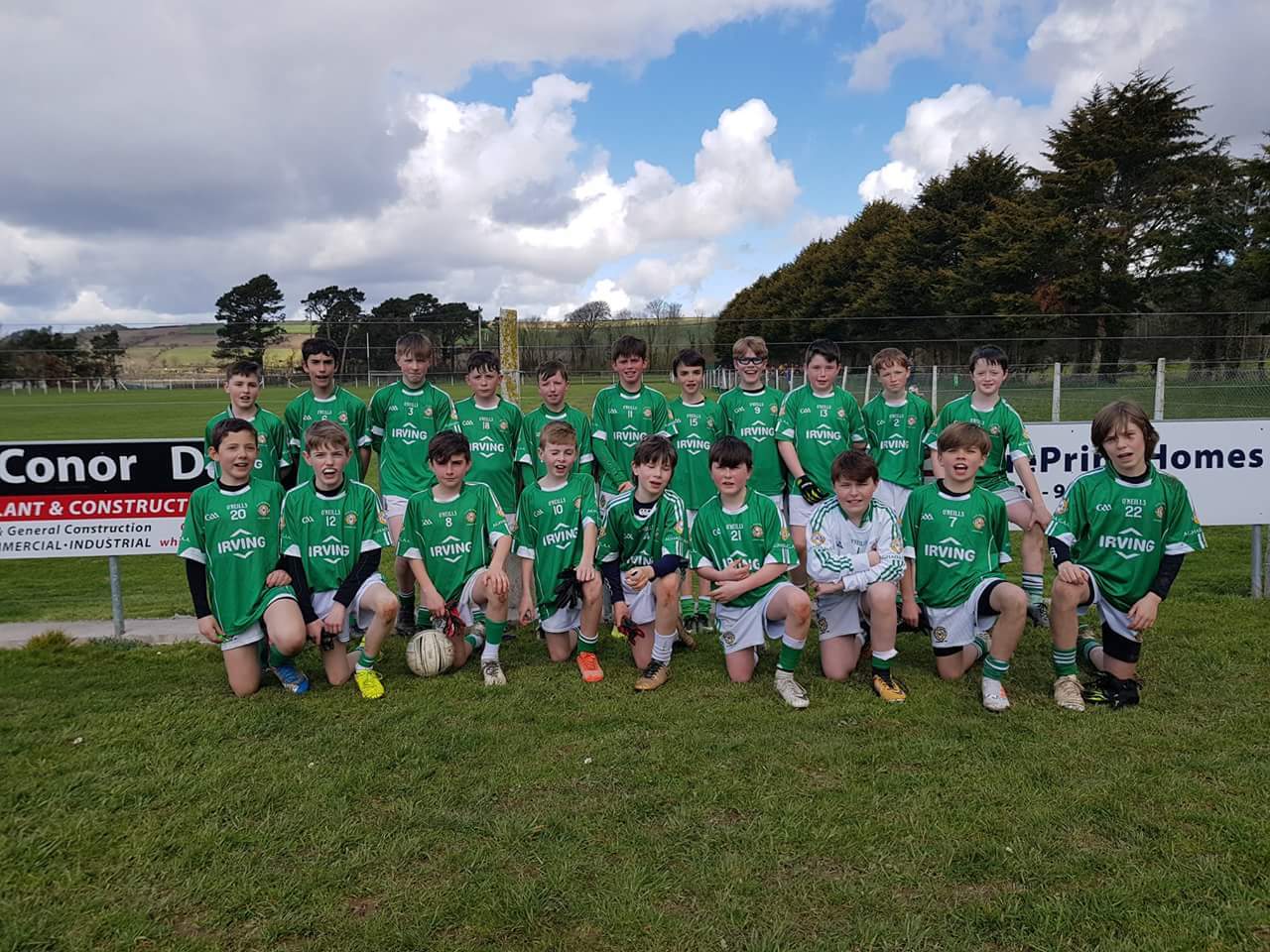 Published: about 2 years ago

U12 footballers off to a winning start. Our U12 footballers won their first league game of the season in style, beating St. Catherines 6-2 to 2-1. An impressive team performance from all the players was seen by the crowd. Aghada played by far the more attractive football - the ball was played out of defence in the crisp passing style favoured by the team, carried by the tireless midfielders and sprayed across the St. Catherines square from a variety of angles by the free nscoring forward six. . Some coaching work still to be done, but an auspicious start to the campaign by this talented bunch of players.