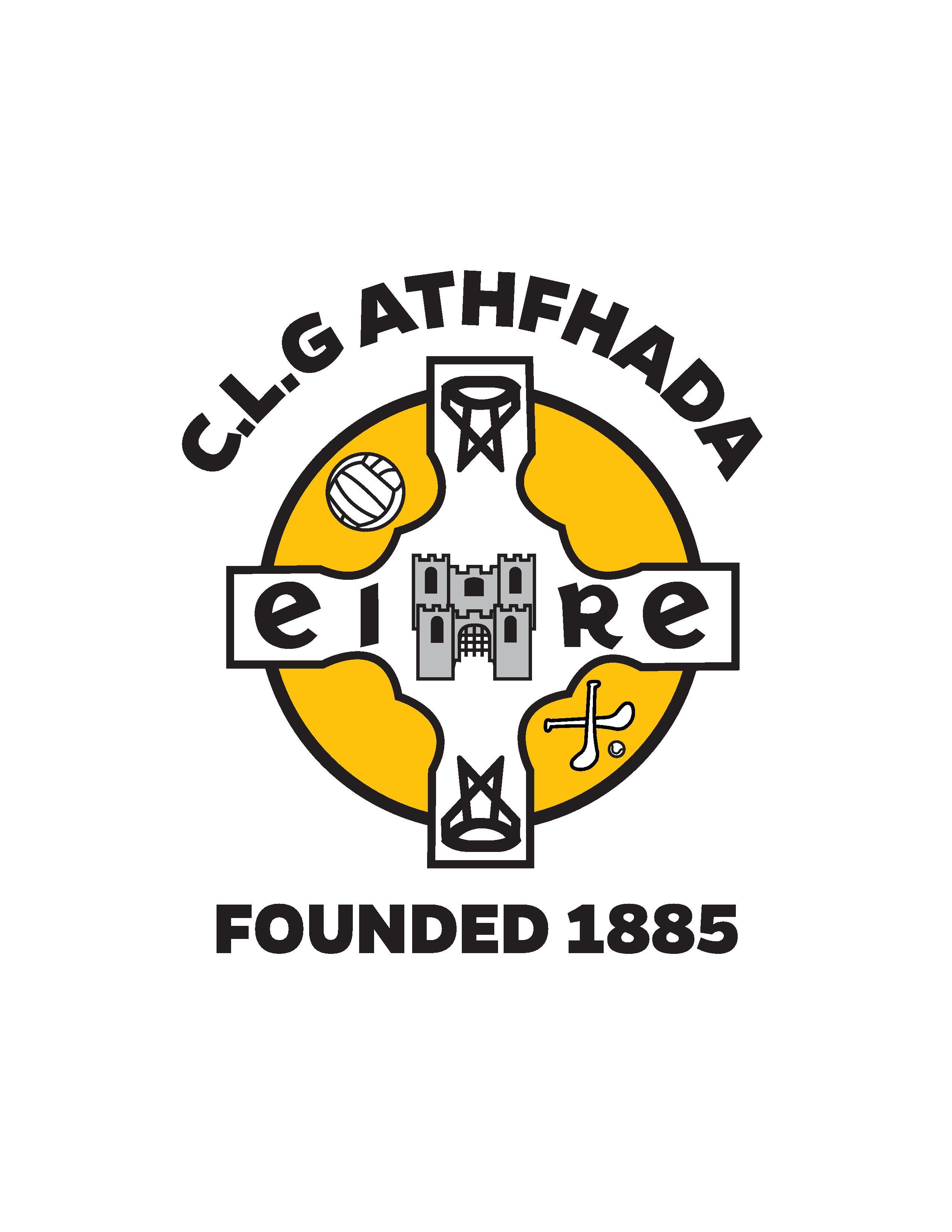 Major disappointment for the club when our senior our footballers bowed out of this year’s championship last Saturday night in Pairc Ui Rinn. A defeat that was all the harder to swallow, as had we brought our shooting boots it could have been a much different outcome.

In some ways the result was decided in the two 10 minute periods after the 1st and 2nd half throw in’s. We’ll take the 2nd one first, and with Aghada trailing by 2 points at the interval, they needed to come out fast for the second half, but instead it was the men from Mourne Abbey that dominated this period. They outscored Aghada 4 points to one to open up a five point gap, that they never really looked like surrendering from there. It was probably the opening 10 minutes of the match that will haunt Aghada most though. From the throw in a good move ended with wing forward Tim Hartnett pointing from play with just 22 seconds on the clock. From here it was all Aghada as they dominated possession and mounted a number of incisive attacks. However we were very wasteful in front of goals. Missed frees, balls dropped short into Clyda Keeper and a number just wide of the post. All from close distance, all extremely scorable. It was 8 minutes before we scored again, when captain Cian Fleming pointed a free after being fouled himself. A minute later Paudie Kissane burst through the Aghada rear-guard to open Clyda’s account. Had Aghada been 6 pts to no score up at this point, no one would have argued. The fact that we didn’t even score 6 points for the half, tells you how the wheels came off, as confidence waned on the back of our missed opportunities. From here to half time, Aghada were far more cagey in their approach, with the possible exception of Mattie O’Connor at wing back who continued to drive forward at pace. When he was fouled on the run in the 22nd minute, Fleming converted the free, but that was to draw us level after falling behind to points on the 14th and 17th minutes. The next score was a big one and it went the way of our opponents, when they breached the Aghada defense and buried a good goal low to Andy O’Donoghues right corner. Aghada did respond well. Marcus Leahy set Josh O’Shea through for a well taken point. A minute later Pearse O’Neill went through on goal, but saw his shot well saved by the Clyda ‘keeper. That brought half time and though disappointed with the scoreline, Aghada were well in it and would have a slight wind for the 2nd half. However then came the aforementioned dominant Clyda spell after the restart, and when Mathew O’Connor picked up his second yellow on ’45 minutes, Aghada had a mountain to climb. The free from this incident, gave Clyda a 6 point lead. As usual it was Pearse O’Neill that was doing most to get Aghada back in the game, with strong runs from midfield. Although some tactical fouling reduced the effectiveness of some of these runs. Fleming pointed from play on 49 minutes but that was in reply to Clyda’s 9th point on 45 minutes. Pearse kicked a fine score on 52 minutes, but Aghada continued to be wasteful in front of goals and now were making some wild and erratic shot selections aswell.  When Clyda hit 2 in 2 minutes with just 2 minutes of normal time to play, the writing was firmly on the wall. Still there was 6 minutes of added time, and Aghada never gave up. Points from Pearse after a strong run from defence by Tommy O’Donoghue and a point from Ray Savage after being set up by Jake O’Donoghue, brought our tally to 9 points. Clyda had the final say, with a point from play on 64 minutes and they deservedly march on to the next round. For Aghada it is back to those dreaded relegation battles, however some consolation is that we can’t be relegated this year regardless of the results of those games.

More disappointment when our U21 footballers bowed out of the county championship at quarter final stage after defeat to Kilmurray for the 2nd year in a row. Again we were back in Pairc Ui Rinn, and just like in the senior game we started quicker out of the blocks. On this occasion however, we also finished a lot of the chances we created. A well worked goal on 2 minutes, finished home by Diarmaid Phelan after being put in by a neat pass from Alan Hogan, was Aghada’s opening score. 2 minutes latter Kalen O’Donoghue made an incredible burst from full back, played a one two with Charlie Terry, and then pointed himself on the run. On 13 minutes Alan Hogan was fouled when through on goals and when Daniel Creedon pointed the free, the scoreboard read 1-3 v 0-2 in Aghada’s favour. Both Kilmurray points had come from play. Now Aghada really started to dominate, with Marcus Leahy and Charlie Terry bossing the opposition kickouts. A Kevin O’Hanlon mazy run was stopped illegally and Creedon kicked his 2nd free. Charlie caught the next kickout aswell and this time Aaron Berry was put through on goal and he fired over the bar from close range. Next up wing back Cal Bawden made a surging run from wing back and pointed on 20 minutes. A minute later Charlie found O Hanlon, who again beat his man and bore down on the Kilmurray goal. His shot for the roof of the net, was tipped over by the Kilmurray ‘keeper, but still and all, Aghada now had a 7 point lead, and were on top all over the field. The mid Cork men pointed a free on 23 minutes, which was quickly cancelled out by another fine score from O’Hanlon. Kilmurray then had the last point of the half to leave the score at the break, Aghada 1-7 v Kilmurray 0-4. Going into the dressing room at halftime full value for the 6 point lead and playing well in all areas of the pitch, things looked good for Aghada. But how it all changed after the restart.

Kilmurray came out a transformed side for the second half. They took over the kickouts and especially the breaking ball, and were on the front foot from the minute go. The 6 point lead was gone in 5 minutes. 1-2 was kicked from play and one pointed free. The goal was a bit of a scrambled effort after an initial save from Ciaran O Shea in the Aghada goal. Still Aghada retook the lead on the 38 minute. Berry and Hanlon combining to set up Charlie for a point. The Aghada supporters must still have thought, given the 1st half showing, that Aghada would get another period of dominance at some point in the 2nd half. It never happened though, as Kilmurray went from strength to strength. They kicked the next 3 points from play, before a Danny free after Niall Hill was fouled, made it just a one point game with 10 minutes to play. That wasn’t the real story however. In reality the opening 20 minutes had gone 1-6 versus 2 points in Kilmurray’s favour and despite the best efforts of Kalen O Donoghue, Kyle O’Shea and others, that ascendency didn’t look like being challenged in the last 10 minutes. It wasn’t, and Kilmurray kicked another 1-4 in the closing stages. The goal an exceptional finish to the roof of the Aghada net. Aghada’s only response was to draw a brilliant treble save from the Kilmurray rear-guard, when Aghada seemed certain to score a 2nd goal of their own. So it finished 2-13 v 1-9. Kilmurray deservedly go through to the semi-final stages. For Aghada, the lads can still be very proud of their efforts after giving us an entertaining year that started with the 1st East Cork game as far back as the 23rd of February would you believe. Another East Cork title in the bag and plenty to be positive about looking ahead to the future of the club.

It’s over to hurling for a while now. 1st up the Junior B hurlers are in Championship action this Friday night. We play Youghal in the 1st round in Shanagarry at 7.45pm.

The next championship game then is U21 hurling v Ahan Gaels. This game is fixed for Ballygarven next Wednesday the 25th of July at 7:30 pm.

Also, in the premier intermediate hurling league we entertain Dungourney on Sunday coming the 22nd at 5pm in Rostellan.

The marathon is coming at us fast now. The 11th of August will see over 1,000 runners descend on our parish as the East Cork Harbour marathon crew drive the event from strength to strength. So get your entry in if you’re running and get ready to help out if you’re not.

The juvenile committee is planning an unwanted gear day on Sunday 22nd of  July at Rostellan at 11am. Any unwanted gear including helmets and hurleys would be gratefully received by the committee and put to good use. With the Cul camp on the horizon it's a good chance to check the shed & under the stairs for any gear no longer being used. Times TBC.

The current jackpot is €2,750 and the next draw is on Thursday 19th in the Puc Ar Buile. Last week’s numbers were 5,6,10,28. There was no jackpot winner, but congratulations to Tara McCarthy, Donal Falvey, James Cahill snr, Brendan Crowley, and Billy Fitzpatrick who each won a €30 lucky dip.